1.    Ashok Vajpeyi (Hindi) born 1941) is an Indian poet in Hindi, essayist, literary-cultural critic, apart from being a noted cultural and arts administrator, and a former civil servant. He was chairma

ure, language and society-three of them in English- besides four plays and three travel narratives. He has 24 collections of his poetry in translation in 16 languages including Tamil, Hindi, Bengali, English, French, German and Italian. He has introduced several poets like Garcia Lorca, Alexander Block, Voznesensky, Pablo Neruda, Cesar Vallejo, Bertolt Brecht, Paul Celan, Zbignew Herbert, Eugenio Montale, Giuseppe Ungaretti, Mahmoud Darwish and Yehuda Amichai to Malayalam readers through translations and studies besides a lot of Black, Latin American and Indian poetry. He has also travelled widely, writing and lecturing.
3.    Sugatha kumari ( Malayalam ) is an Indian poet and activist, who has been at the forefront of environmental and feminist movements in Kerala, South India. She is an established writer in Malayalam with a unique voice of her own emotional empathy, humanist sensitivity 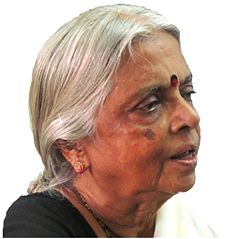 4.    Prabha Varma Poet, littérateur, journalist and editor who works with traditional as well as electronic media, lyricist, student activist – Prabha Varma has been all of these. He has a master’s degree and a degree in law. As a poet, Jnanpith award winner Prof. O. N. V. Kurup complimented him saying “He has inherited the subtle poetic

richness of the eminent poet Vyloppilly sreedhara Menon, who himself picked up the quality from Kumaranasan’. The late Prof. M. Krishnan Nair, an eminent critic, wrote ‘Prabha Varma is a born poet’. His poems are composed of a confluence of tradition and modernity. They have soft romantic emotions, a plethora of poetic images, original and innovative narrative skill, philosophical insights, and a deep understanding of the meaning of life. Prabha Varma is an Academy award-winning poet in Malayalam, He also works as the Resident Editor of the daily Desabhimani. The multi-faceted littérateur has published nine collections of poems, four books on the contemporary socio-political milieu and literature, four collections of essays in criticism, a study on the media, and a travelogue.

5.    Kamal Vora is a Gujarati language poet and editor from Mumbai, India. He is an editor of Etad, a quarterly Guajarati literary magazine. He was born in 1950. Since 2010, He co-edits, with Naushil Mehta, a Gujarati quarterly journal Etad, founded by Suresh Joshi. He is also a

member of the Gujarati advisory board of Sahitya Akademi. His poem started appearing in magazine from 1971. His first anthology of poem Arav was published in 1991, followed by Anek Ek (2012) and Anekanek (2014). His poems have been translated in Hindi, Marathi, Bengali, Kannada and English and appeared in Indian Literature, Chicago Review, Anthology of Asian Poets, Muse India etc. He received Sahitya Akademi Award (2016) for Gujarati for his book Anekanek (2014).[4] His book Arav was recipient of the Umashankar Joshi award. He has also written few short stories. 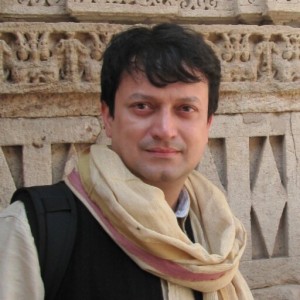 independent curator. Hoskote belongs to the younger generation of Indian poets who began to publish their work during the early 1990s. He is the author of five collections of poetry: Zones of Assault, The Cartographer’s Apprentice, The Sleepwalker’s Archive, Vanishing Acts: New & Selected Poems 1985-2005 and Central Time. Hoskote has been seen as extending the Anglophone Indian poetry tradition established by Dom Moraes, Nissim Ezekiel, A.K. Ramanujan and others through “major new works of poetry”. His work has been published in numerous Indian and international journals, including Poetry Review (London), Wasafiri, Poetry Wales, Nth position, The Iowa Review, Green Integer Review, Fulcrum (annual), Rattapallax, Lyric Poetry Review, West Coast Line, Kavya Bharati, Prairie Schooner, Coldnoon: Travel Poetics, The Four Quarters Magazine and Indian Literature. His poems have also appeared in German translation in Die Zeit, Akzente, the Neue Zuercher Zeitung, Wespennest and Art & Thought/ Fikrun-wa-Fann. He is the author of four collections of poetry, has translated the Marathi poet Vasant Abaji Dahake, co-translated the German novelist and essayist Ilija Trojanow, and edited an anthology of contemporary Indian verse. His poems have appeared in many major anthologies, including Language for a New Century and The Bloodaxe Book of Contemporary Indian Poets. Hoskote has also translated the 14th-century Kashmiri mystic-poet Lal Ded, variously known as Lalleshwari, Lalla and Lal Arifa, for the Penguin Classics imprint, under the title I, Lalla: The Poems of Lal Ded. This publication marks the conclusion of a 20-year-long project of research and translation for the author.

7.    Madhusoodhanan Nair is a well-known Malayalam poet, scholar, and teacher, well accepted nationally and by Keralites, who popularised poetry and endeared it even to the illiterates and

children. While the most popular poem from him is the Naranath Bhranthan, he has many more touching and strong poems to his credit. A professor by profession, he has held many eminent positions by virtue of his knowledge and position in society. As a poet, his major works include-Naranath Bhranthan, Bharatheeyam, Gandhi, Ammayude Ezhuthukal, Agasthya Hrudayam, Nataraja, Punyapuranam Rama Katha, Seethayanam, Vaakku, Akatharu Puratharu, Ganga, Sakshi. He got Kerala Sahitya Akademi Award in 1993, for his collection of poems titled Naranathu Bhranthan. 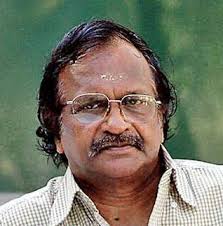 (born 16 March 1940) is a lyricist, director, producer, and screenwriter in Malayalam cinema. He also writes poetry and is a recipient of the prestigious Vallathol Award.Kerala State Film Awards:1971 – Best Lyricist (Film -Vilakku Vangiya Veena),2011 – Best Lyricist (for the film, Naayika).

Thambtach Yet Nahi (Just Can’t Stop), proved to be path-breaking in the Marathi literary landscape. His poems have been translated into English, French, Spanish, German, Urdu, Arabic, Gujarati, Bengali, Hindi, Oriya, Tamil, Telugu, Kannada, and Malayalam.  His second book of poems in English translation, A Depressingly Monotonous Landscape, is just published. Hemant has won several prestigious awards, including the Bharatiya Bhasha Parishad Award (Kolkata, India) and the Maharashtra Foundation Award (USA). He has presented his poetry in many national and international poetry and literature festivals (Europe, Latin America and Asia) and is an advisor to many literary magazines in India. He is the founder-editor of the prestigious Marathi little magazine Abhidhanantar, which saw uninterrupted publication for 15 years. Abhidhanantar has been credited for giving a solid platform to new poets and for enriching the post-nineties Marathi literary scene with amazing talent and great poetry.
10.    Neela Padmanabhan ( Tamil) was born in Kanyakumari District. He obtained a B. Sc in Physics and a degree in Electrical Engineering from Kerala University. He worked in the Kerala State Electricity Board till his retirement in 1993. His first noted 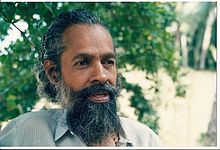 work was the novel Thalaimuraigal. He has written 20 novels, 10 short story collections, 4 volumes of poetry and 7 essay collections in Tamil. In Malayalam, he has published a novel, four short story collections and a single essay collection. Besides Tamil and Malayalam, he also has a few English works to his credit. During 1985-89 he was the Tamil editor at Sahitya Akademi and was the convener of the Akademi’s Tamil advisory board during 1998-2002. In 2007, he was awarded the Sahitya Akademi Award for Tamil for his novel Ilai uthir kaalam (lit. Autumn). He had earlier won the Akademi’s award for translators in 2003 for his translation of Ayyappa Paniker’s works into Tamil. In 2010, his novel Thalaimuraigal was made into a Tamil film titled Magizhchi (lit. Happiness). His most noted work is his novel Pallikondapuram.(lit. Where the Lord sleeps). He currently lives in Thiruvananthapuram.

11.    Anitha Thampi– was born in 1968 and is based at Thiruvananthapuram, the southern tip of India, in the state of Kerala. She has been publishing poetry in Malayalam since 1987 and her first collection of selected poems, Muttamadikkumpol

(Sweeping the Front yard), was published in 2004. Her second collection, Azhakillaathavayellam (All that are bereft of beauty), followed in 2010. Her translations include the work of Australian poet Les Murray, published in a bilingual edition in 2007. Her own work has been translated into English, French, German, Swedish and Indian languages: Tamil, Kannada, Bengali, Marathi, Hindi, Assamese, Oriya, Gujarati. She currently lives in Mumbai where she is working as a research scholar at IIT Bombay. Anitha was invited by the Exchange to participate in creative translation workshops organised as part of Wales Arts International/British Council’s Writers’ Chain project in 2011.

a noted Malayalam poet and short fiction writer, based in Thiruvananthapuram, Kerala. She holds a post-graduate degree in Malayalam literature from the University of Kerala and another from the MS University, Baroda, in fine art criticism. She has taught art history in the Sree Sankaracharya University of Sanksrit, Kalady, and is currently an advisory board member of the Central Sahitya Akademi for Malayalam. Widely anthologized, she has published a volume of short fiction and four collections of poetry, most recently Ammaye Kulippikkumbol in 2014.

13.    T P Rajeevan (Thachom Poyil Rajeevan) born 1959 at Paleri, a rural village on the banks of the Kuttiady River in the valley of the Western Ghats in Kozhikode district, T P Rajeevan writes in Malayalam and

English. In English, he has published a novel (Undying Echoes of Silence), and two poetry collections (Kannaki, and He Who Was Gone Thus). He has also edited an anthology of poems (Third Word: Post Socialist Poetry) with Croatian poet, Lana Derkac. His published works in Malayalam include: two novels Paleri Manikyam: Oru Pathirakolapathakathinte Katha (novel), and KTN Kottor: Ezhuthum Jeevithavum, six poetry collections (Vathil, Rashtratamtram , Korithachanal ,Vayalkkarayil Ippolillatha, Pranayasatakam, and Dheergakalam; a travelogue (Purappettu Poya Vakku); and an essay collection ( Athe Akasam Athe Bhoomi). Both of his novels in Malayalam were made into movies, KTN Kottoor: Ezhuthum Jeevithavum was also adapted as a movie titled as Njaan. He was awarded the Kerala Sahitya Akademi Award for his novel KTN Kottor: Ezhuthum Jeevithavum, in 2014. He was also awarded the Madras Malayalee Samajam Award and K Surendran Award.

14.    Anwar Ali -Poet, Translator, and documentary Filmmaker,[he has been contributing poems and poetic studies in leading literary journals and periodicals of Kerala since 1984. Mazhakkalam (The Rainy Season), 1999, his first

collection of poems established him as one of the prominent voices in contemporary Malayalam poetry. His poems have been translated into various Indian and foreign languages and are included in several anthologies of Malayalam as well as Indian poetry of the post-modern phase. His other important works include Atiyaati Alanja marangale (Ye Trees, Swaying Ramblers), collection of poems, 2009, Eternal Sculptures, Poetry Collection in English, 2007, and, Rappai, Novella, 1995.

15.    N Sukumaran ( Tamil )  was born in Coimbatore in 1957. He is an acclaimed poet, translator, writer and editor and currently resides in Thiruvananthapuram. He has published 6 volumes of poems, 6 volumes of essays and articles and a novel in Tamil. He has translated several works including

selected works of eminent writers such as Vaikkam Mohammed Basheer, Zachariah, K. Satchidanandan, Adoor Gopalakrishnan from Malayalam into Tamil. He has also translated works of Pablo Neruda, Gunter Grass, Gabriel Garcia Marquez, Alessandro Barrico, Ayfer Tunc and others from English into Tamil. The translated works have been published in 15 books.

We are inviting almost 20 young Kerala poets (Malayalam and English ) for open forum.  Poets like Meera Nair, Bbitha Justin, Chandramohan, Abhilash Babu and Rajan Kailas etc will be part of this team.We are involving at least ten poet translators, who will translate from English to Malayalam.

# This is the primary list, some more national poets can be part of the fest, if we get support of local culture bodies and Sahitya Akademi for the travel expense of the participant poets.