HOD English (Retd.) Marthoma College , Thiruvalla and Principal of St Mary’s College for Women , Thiruvalla also served as Principal of St Thomas Central School , Trivandrum. Has translated more than a hundred pieces for DC Books , from  Malayalam to English and vice versa ,  Viswa Sahitya Cholkathakal and Classic Folk Tales from Around the World, besides biographies of   Mar Ivanios , Baselius Gheevarghese II  etc. SPCS, (National Book Stall ) ,  Kottayam has brought out The Chengannur Riot 1938. He has also edited  Candles in the Wind and The Best of Thiruvalla : Towards Modernity and Beyond . Has been on a panel of  commentators of  All India Radio and Doordarshan for over  fifty years .

•Indira Sadanandan  -Poet, Write, translator. she is author of three books , one inMalayalam, “ Mazhakkadukal”and two in English, “ I am

the Sea” and “ Soliloquy” She is ready with her more books to be printed. She is attached to kritya for more than three years as Translator of international poets. She is MA in English and MPhil in labour studies. Her address is Krishna Bungaow, Kazhakuttam. PO, Trivandrum 0 695582. 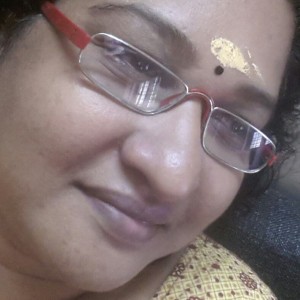 oves to be known as a poetry lover than a poet. She is a bilingual poet writes and translates in English and Malayalam. She has her poems published in many international anthologies like Vibrant Voices (Indo-Australian anthology), Scaling Heights, Resonance, The Significant Anthology, Umbilical Cords, Epitaph, Chants of Peace etc. a few to be named. A DAISY Technology trainer for visually challenged, she works as a freelance graphic designer. 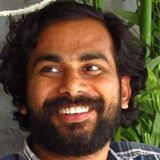 He has been part of the International Shakespearean Desk project under University of Dublin, Ireland. He has authored five books and 54 research articles. He has translated Bertrand Russel and Neitzche into Malayalam. His translation of Sahitya Academy Vice-president Akbar Kakkattil, Selected Stories of Akbar Kakkattil came out in 2016 to wide acclaim. Arunlal Mokeri is currently Asst professor Govt College Mokeri. He is also a recognised Research Guide under the Uty of Calicut, and is member of the RP panel of Kerala Uty UGC HRDC and Kannur Uty UGC-HRDC.

Anitha Thampi– was born in 1968 and is based at Thiruvananthapuram, the southern

tip of India, in the state of Kerala. She has been publishing poetry in Malayalam since 1987 and her first collection of selected poemsAnitha_Thampi, Muttamadikkumpol (Sweeping the Front yard), was published in 2004. Her second collection, Azhakillaathavayellam (All that are bereft of beauty), followed in 2010. Her translations include the work of Australian poet Les Murray, published in a bilingual edition in 2007. Her own work has been translated into English, French, German, Swedish and Indian languages: Tamil, Kannada, Bengali, Marathi, Hindi, Assamese, Oriya, Gujarati. She currently lives in Mumbai where she is working as a research scholar at IIT Bombay. Anitha was invited by the Exchange to participate in creative translation workshops organised as part of Wales Arts International/British Council’s Writers’ Chain project in 2011.

screenplay writer. Research Scholar in English at the University of Kerala. ‘Platoyude Koodu’ and ‘Karikal Manushya Kathanugayikal’ are anthology of poems by him.

Babitha Marina Justin took her PhD in travel writing and gender studies from the University of Hyderabad and an M Phil in Art and Aesthetics from the School of Languages, Jawaharlal Nehru University, New Delhi.Since then she has been teaching in the Northeastern Hill University, Meghalaya and Indian Institute of Space Science and Technology, Thiruvananthapuram, Department of Space. Her poems have appeared in many anthologies and journals and her first collection of poems Of Fireflies, Guns and Hills and Other Poems will be published by Writers Workshop, Kolkata. (2015)

kazchakal..( insights)..2.buldozarukalute vazhi( path of bulldozers)..3..ottayila thanal..(shade of a single leaf)…4th book in English (translated poems) is in process… received so many awards in which important ones are manveeyam prize from Abudhabi  kerala social centre….and Dr.K.Damodaran award…some poems were translated and published in Hindi and English journals… Now residing in trivandrum after getting voluntary retirement from bank job. 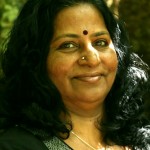 Head of the Malayalam Department at Sacred Heart College Chalakkudy. She is a Research Guide of Kannur University in Malayalam at the Kerala Sahithya Academy. Some of her prominent works are “Bibilum Malayalavum”, “Sthrainathayude Aathmabhashanangal”, “Sthraina Aathmiyatha”, “Marangal Daivathinte Prathichayakal” etc.